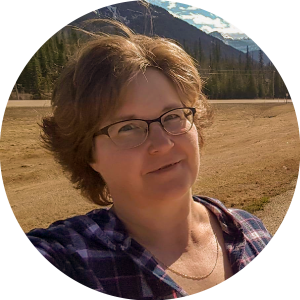 James 1:20 for the Wrath of man worketh not the righteousness of God

First off, let’s review the definitions of these words we will be looking at in this story.  I call this a story rather than an article as it relates to a real-life experience and the resulting conversations between a particularly good friend and myself.

The story begins like this:  not long ago, I had taken a few days away from my office and clients to submerge myself in the healing powers of the mountains to reconnect with a friend working nearby, to re-center my energies, and do some writing for my website.  On day three of my little getaway, I decided to go on a hike along a little river near Tumbler Ridge, BC with a small waterfall as my destination.  I never made it to the waterfall.  Let me tell you why…

As I was busy taking pictures and trying to record a short inspirational video to post on my Facebook Page, my phone rang.  It was a friend.  These calls do not come often and when they do, I take them because if the call is being made, it is important and something big has happened and there is an emotional struggle at hand.

As I sat on an old weathered log at the edge of the river, listening to an outpouring of anger (due to it’s intensity I would classify it as rage), I realized something about myself…I am perfectly capable of handling the anger/rage of a human that I am NOT in a relationship with, yet I am not capable of handling the same kind of anger/rage offered up by my partner.  Why?  I mean truly, why?  Whether it is someone you are working with or someone you live with, the root of the anger is the very same…the other person is displaying that intensity of anger because they feel an intensity of hurt or loss.  So why can we feel compassion for someone at arms length yet not for someone we hold close to our heart?

Upon reflection and personal introspection my answer comes up as this, I can take the lashings of this friend with a compassionate heart because I know that, despite the fact that the rage is coming out in the voice of first person speech “why did YOU do this”, rather than “why did SHE/HE do this”, I am not the perpetrator of said crime of such magnitude. Therefore, I hold no responsibility in the actions of which created such an emotional challenge in my friend.  However, when I step back and put myself into the shoes of the perpetrator and apply it in my own life, would I have had the compassion to hear the anger/rage with an open heart?  Hell no!

To recap, if my friend yells at me about someone else I can handle it.  If my partner yells at me about me, I cannot handle it.  When, in fact, it is feelings of hurt or sense of loss behind the anger of BOTH people.  When I break it down, it seems ridiculous that my ability to cope with my emotions would be different between the two scenarios.  Well Heather, I say to myself, the reason they are different is because in one situation you are not at fault and in the other situation you are at fault.

AHA!! There it is.  So, when it is my fault, I am incapable of seeing the other person’s hurt behind their anger.  Is that correct?  Well, Heather, it sure seems like it is.  Why?

Okay, lets be brutally honest about this.  The reason you do not acknowledge their hurt behind their anger is because you yourself now feel hurt because they are confronting you with anger rather than a more calm and rational presentation of their grievance against you.  That leads us to the next level of where anger comes from.

My friend expressed in great frustration (and still angry under the surface) “why don’t women ever apologise for the shit they do wrong?”  My reply was this: “women will not apologise unless they feel safe to do so” (this may not be true of all women; however, I did have it verified by a large number of women of various ages).  Well my friends, this statement of mine ruminated in my friend overnight and he came back at me the next day with even greater anger and rage over the realization that even though the wrong was done against him and inflicted great pain, he was expected to be the bigger person and present his emotional pain with calm in order to receive an acknowledgement of the wrong doing in the form of apology?  Well, in his mind, that was complete bullshit.  Why should he temper his emotions because the perpetrator of the crime could not take ownership of the bad deed due to their own hurt feelings over the sheer volume and animation of his hurt emotions?

I am a logical thinking person and by my logical deductions, I find that my friend is correct.  The wrong was done to him, not by him; therefore, does that not free him to express his displeasure in the natural way his mind and body reacts to such emotional pain?  My logical brain says yes…but my heart still says NO!  Why?

It is not simple and yet at the same time it is extremely simple.  Anger is an emotional response to emotional pain.  Anger is not the pain; it is the response to the pain.  If all I see is anger coming at me, I do not see what your pain is.  I do not know if what has been done hurt you or caused you to feel loss.  If it caused you to lose something, what did you lose?  Yes, it puts some responsibility onto the shoulders of the “victim” to adequately express what their harms are. Rather than “why did you do that?”, more successful communication sounds like “you did that, and it made me feel like this….”  The angry “why did you do that” does not create a connection in the perpetrators mind between their action and your pain.  However, if you present it with a “it made me feel like” statement, that is what creates the connection between the bad deed and your pain, paving the way to a sincere apology as they now fully understand what they are apologising for.

Let us look at the apology itself.  Why are some apologies still not enough to satisfy some recipients?  Oftentimes, an apology is presented as an offering of regret over the knowing that the other person “feels badly” about the outcome of an action.  The apology is not actually coming out as an admission of wrongdoing but rather acknowledgement of hurt feelings.  That will leave many feeling discouraged knowing that the perpetrator does not view the action as a wrongdoing at all.  And you guessed it, here comes anger again…  So, the recipient of the apology, in order to feel fully satisfied by an apology, needs to see remorse for the hurt feelings caused AND clear acknowledgement of wrongdoing.

Let us take this a step further…what happens if there is remorse for hurt feelings, acknowledgement of wrongdoing and yet wrongdoing action continues and does not cease?  This could be something as simple as forgetting to put the milk back in the fridge to something as big as a cheating spouse.  Then what????

I am going out on a limb here and will suggest that the majority of apologies given do not satisfy the recipient to the fullest extent.  Everyone has different perspectives and perception is always varied between people.  Same page thinking is not always possible due to different personal morals, values and standards.  So, now what?

A wrong doing occurs, hurt and pain are inflicted, an apology either is not received or does not fully satisfy or offset the inflicted hurt and the wrongdoing continues…how then, is a person filled with anger or rage to deal with those strong emotions?  The apology is not forthcoming or is not acceptably easing the pain.  What can possibly be done to ease this pain?

A personal choice can be made to remove the reason for holding onto the pain.  We hold onto the pain waiting for a satisfying apology or change in action or behavior from the perpetrator.  Once we learn to let go of this waiting, we then can go to a place of forgiveness in our hearts.  This stage has many layers of complications based on the severity of the emotional wound; however, the promise of being able to move forward beyond the pain will only arrive upon forgiveness.  The timing and depth of forgiveness is up to personal commitment.  Forgiving is essential to moving on.  Those that allow themselves to become stuck in their pain, stuck in their waiting, will struggle to lead a life of joy and hope for happier days.

Eva Kor, survivor of Holocaust concentration camp atrocities, has these powerful words of wisdom to offer, “Every suffering human being can heal themselves with forgiveness.  You can not change the past.  You can only change the future.”  Eva found her compassion for those who acted in ways that were harmful to her by realizing those very same people in their own lives had faced struggles, pain and suffering caused by others.  Eva’s final words in one of her interviews was that she wants to change the slogan “forgive and forget” to a more empowering slogan of “forgive and heal”.   A wise woman speaking from the heart to those of us willing to listen.  I hear you Eva.  I hear you.

We cannot always prevent anger from springing up in our bodies and out our mouths.  We can; however, recognize it for what it is, the mask that covers our pain or loss.  This is what we need to communicate, the pain and loss.  That heartfelt communication paves the way to apology and whether there is an apology or not, ultimately it is our forgiveness that will set us free of our anger.  Whether you read the Bible or other soul enriching works, I believe it is universally understood that we must set down that which hurts us in order to pick up that which heals us.

To my dear friend whom I have watched struggle with his pain for months, it is time to stop waiting for the apologies and understanding that may never come.  It is time to set down the anger so that there is room in your heart for forgiveness which will bring you hope for brighter days filled with joy ahead.

Matthew 6:14  for if ye forgive men their trespasses, your Heavenly Father will also forgive you

Note:  Scriptures taken from King James Version of the Bible – this bible that I have taken excerpts from was given to my father at Christmas in 1950 when he was 19 years old.  R.I.P. Dad and thank-you for leaving me a gift.

5% of all proceeds will go to the CANADIAN CANCER SOCIETY

Please fill in your details below, and we’ll get back to you in no time with further instructions on how to secure your order.  — payment will NOT be taken at this time.